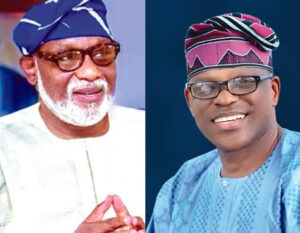 The Supreme Court has ruled in favour of Rotimi Akeredolu in the matter involving the authentic winner of the October 10 governorship election in Ondo State.
The apex court in its judgment on Wednesday, declared Rotimi Akeredolu of the All Progressives Congress (APC) as the duly elected governor of Ondo State.

YOU MAY ALSO LIKE:   2023: Why Nigeria Must Avoid Fire Brigade Approach To Election - Obasa

The court also threw out the suit filed by the candidate of the Peoples Democratic Party (PDP) in the election, Mr. Eyitayo Jegede.

It would be recalled that after the Independent National Electoral Commission (INEC) had declared Akeredolu as the winner of the election, Jegede rejected the election result and challenged it before the state governorship election tribunal.

Akeredolu, however, floored Jegede again at the tribunal, same at the appeal court and eventually at the supreme court.