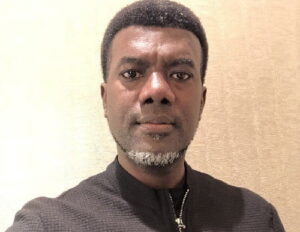 Former presidential aide, Reno Omokri has stated that a woman who is a virgin is the only kind deserving of a full bride price.
In a post on his Instagram page, he said that a bride’s worth is attached to her virginity.

The media personality advised ladies not to offer men sex as a means of luring them into marriage.

He wrote: ”Dear men, look at the Alaafin of Oyo. 83, and still having babies. Therefore, never accuse any woman of marriage desperation. Your timeframe and her’s are not the same. You are being selfish if you date any woman for five years without genuine hope for marriage.

“However, ladies should not give men sex as a means of luring them to marriage. Everyone is equal as human beings, but not all wives are equal.

“The highest value wife, according to Scripture, is a virgin wife. She is the ONLY Wife of which full bride price should be paid-Exodus 22:17.

“Traditionally, the White Wedding dress is ONLY for virgins”

In other news, a woman, identified simply as Hajara, has revealed how bandits open fire on women who rebuff their sexual advances.

The woman, who was displaced by a recent attacks in Tsafe Local Government Area of Zamfara State recounted shocking ordeals of gang rape.

YOU MAY ALSO LIKE:   Producer Of The Wizard, Bola Onifade Reveals Her Winning Strategies

According to Daily Trust, hundred of women and children were displaced in the wake of attacks by armed men on several villages in the area. Read more

Previous Breaking: Lagos Assembly Passes N1.758trn Budget For 2022
Next Nigerian Men In Trouble As Wives Can Sue Husbands Who Touch Them Inappropriately For Rape Under New Law