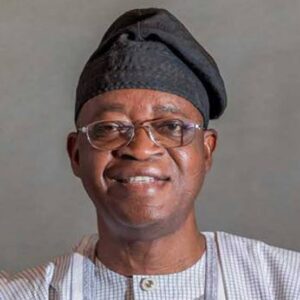 It was earlier reported that three aspirants contested in the electoral process alongside the state Governor.

YOU MAY ALSO LIKE:   Liverpool, Brentford reach stalemate in six-goal thriller

The aspirants included former Deputy Speaker of the House of Representatives, Lasun Yusuff and a former Secretary to the State Government, Moshood Adeoti.

The APC Primary Election Committee led by the Governor of Kwara State, Abdulrahman Abdulrasaq while announcing the result in the early hours of Sunday at the State’s APC secretariat in Osogbo, noted that 247,207 voters were accredited, while the total votes cast was 235,550.

The chairman of the state chapter of the party, Gboyega Famodun while speaking lauded the Primary Election Committee for conducting credible polls.