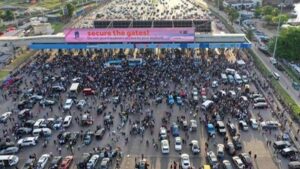 Lekki Concession Company (LCC) has said that it did not send anyone to remove the CCTV cameras at the Lekki toll gate which it manages.

Recall that social media reports had said that the cameras were removed hours before soldiers allegedly opened fire on EndSARS protesters on Tuesday.

In statement issued, LCC said that the cameras are still there and that the removal would require the use of machinery to reach the heights that they have been installed and are still installed.

The statement reads: “Lekki Concession Company Limited (LCC). strongly condemns the shooting of peaceful protesters at the Admiralty Circle Toll Plaza yesterday, 20 October, 2020, LCC would NEVER support or condone such unscrupulous act meted out on unarmed protesters. Since the commencement of the protests, LCC has allowed free access to the protesters without any disruption to their activities.

“LCC has cooperated with the protesters from onset, identifying with the cause and need to end the police brutality. We provided lights, toilets among other items to the youths as a show of solidarity.

“As the protests progressed, our tolling equipment were being looted. We recovered items daily with the help of some of the protesters. Such items included air conditioners, violation alarm bells, monitors, keyboards etc.

“On the 20th of October, we received feedback that some of the tolling equipment were being pulled off, hence we went into the lanes to recover more items including analogue BOSCH tolling devices-used to-monitor-transactions-carried out in the toll lanes.

YOU MAY ALSO LIKE:   Nigerian Governors Forum Kicks Against Buhari’s Assent Of PIB

On the issue of power going off on the night of the attack, LCC said that it “receives power from the IPP grid, the power albeit stable is taken off from time to time. At such times, LCC relies on the backup generators for power supply, however, following the declaration of the curfew by the state governor. LCC withdrew ALL her staff from the office locations. This is the reason why the lights could not be restored when the mains from IPP went off temporarily. This is verifiable.

YOU MAY ALSO LIKE:   FrieslandCampina WAMCO reports N161.8 billion turnover at AGM

“We sincerely regret this unfortunate incident and condemn the shooting of unarmed protesters Toll Plaza and other locations in the State.” 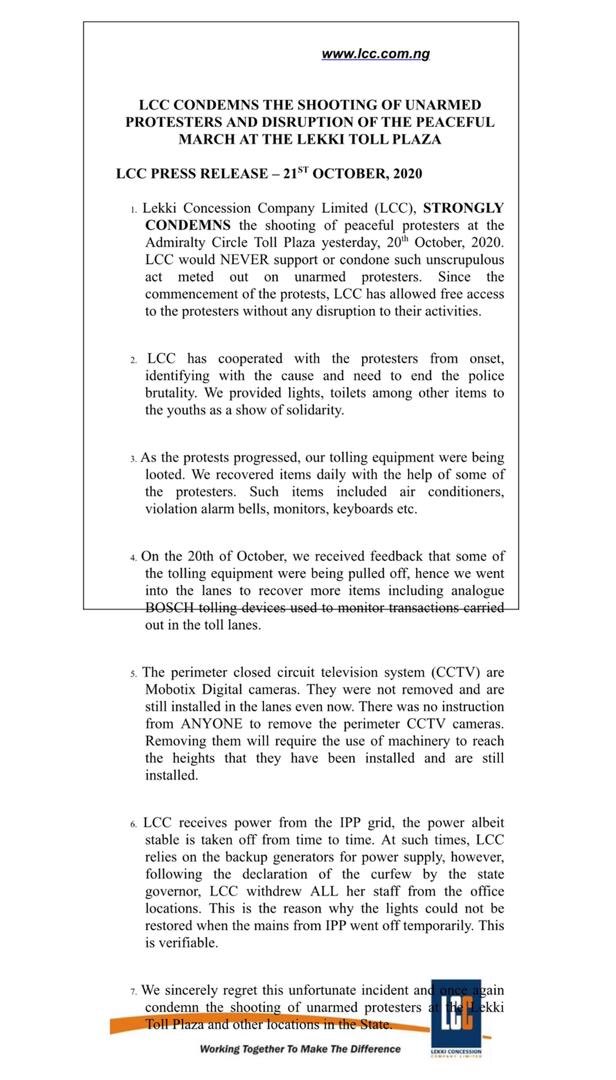