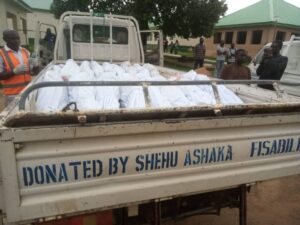 Irigwe Development Association has denied its involvement in the killing of over 20 travellers in Jos, the Plateau State capital.
Recall that a militia group had attacked some commuters killing over 20 Muslims and injuring scores on Saturday morning, along Rukuba road, Jos North Local Government Area of Plateau State.

In a statement on Sunday by its Secretary-General, Danjuma Dickson Auta, Irigwe youths condemned the gruesome massacre of the Muslim travellers, saying that its members are not killers.

He denied reports from the police and other security agencies alleging that the killing was carried out by Irigwe youths and their sympathisers.

Auta berated the spokesperson of the state police command, ASP Ubah Gabriel, for accusing the Irigwe group of killing the religious faithful.

Auta, however, appealed for calm even as the government is doing everything possible to restore peace in the area and the state at large.

The statement reads: “We observed with dismay the unfortunate incident around Rukuba road where some hoodlums attacked innocent commuters which led to the loss of many lives and properties.

“As a nation that is known for peaceful coexistence, we hereby condemn such act and disassociate ourselves from it, as it was carried out far from where our onwards journey was proceedings and was not carried out by any of our members.

“We read with dismay, press statement from the police and other security agencies alleging that the act was carried out by Irigwe youths and their sympathisers. We wish to make it clear that today the Irigwe nation had declared it a day of mourning and it is not in our culture to be involved in anything of such while we’re mourning.”

“On Saturday we had to bury the last six residents killed last week in the village of Bassa in an attack by herdsmen.

“Therefore, we distance ourselves from the act and appeal for calm even as the government is doing everything possible to restore peace in the area and the state at large.”