Home / cover / Oyebanji: ‘Why I Am Withholding My Congratulations, Despite INEC Declaration’ – Oni, SDP Candidate

Oyebanji: ‘Why I Am Withholding My Congratulations, Despite INEC Declaration’ – Oni, SDP Candidate 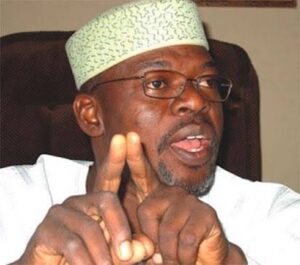 The Social Democratic Party (SDP) governorship candidate in the Ekiti State election, Segun Oni has revealed why he’s yet to congratulate the winner and candidate of the All Progressives Congress, Biodun Oyebanji.
In an interview with Punch, Oni disagreed with the outcome of the election stating that investigations are ongoing to ascertain if Oyebanji won the election.

According to the SDP candidate, if the investigations show that Oyebanji won fair and square, he will not need any persuasion before he congratulates him.

YOU MAY ALSO LIKE:   'Sunday Igboho/Nnamdi Kanu Are Not Alone' - Fani-Kayode Issues Warning To FG

He said: “If I agreed, I would have congratulated the winner. That is why I am withholding my congratulations. If investigations show that it was won fair and square, I will not need any persuasions before I will congratulate everybody that needs to be congratulated.”

Oni added that he has no regrets about contesting the election and nobody will be in his position and have any regrets because he did not do anything to diminish his integrity.

Despite INEC Declaration’ – Oni Oyebanji: ‘Why I Am Withholding My Congratulations SDP Candidate 2022-07-02
Oluwasegun Adesuyi
Share

Tags Despite INEC Declaration’ – Oni Oyebanji: ‘Why I Am Withholding My Congratulations SDP Candidate