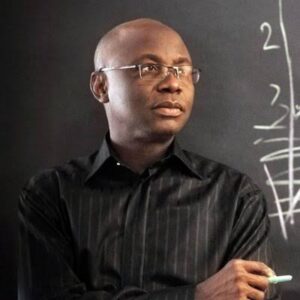 If the feelers coming from the headquarters of Wema Bank are something to be accorded some seriousness, 2022 may start on very interesting note for Pastor Tunde Bakare, the Senior Pastor of the Citadel Global Community Church (formerly known as the Latter Rain Assembly). With a renewed resolve of the management of the bank to retrieve all huge loans taken by debtors who have not been servicing their loans, the very voluble pastor may be in for interesting times, as the loan taken to build his new church has risen to about nine billion Naira (N9 billion).

According to information pieced together, the likelihood of Wema Bank’s axe falling on Bakare is high, and when it falls, it is going to cut so deep that even he would question where he went wrong.

It is being reported that in building his new church headquarters, the multi-billion naira Citadel Global Community Church edifice in Oregun, Ikeja, Lagos, Pastor Bakare exploited his relationship with Wema Bank to secure a N4.5billion loan. The thinking, according to sources close to the pastor is that the bigger the church became, the more populous and prosperous it would become.

However, neither Bakare nor any of Nigeria’s prominent pastors foresaw COVID-19, which altered how humanity related and worshipped God. As the world went into lockdown, with many public places and worship centres shut, many churches had to take their services online. Even though offerings were accepted online, the revenue was nowhere near when the church was in full swing.

Pastor Bakare’s projections did not materialise and now, the loan has reportedly risen to N9billion with interests. Sources close to the bank said overtures have been made to Bakare. The bank is currently weighing its options.

In 2016, Pastor Bakare was represented at the launch of a foundation to celebrate the 52nd birthday of the 2nd Vice President of the Nigerian Bar Association (NBA), Monday Onyekachi Ubani, by Oloketuyi. Oloketuyi has since left office.

YOU MAY ALSO LIKE:   ‘Why You Should Not Give Money To Any Lady This Christmas’ – Apostle Suleman

But wait a minute, Nigeria may be broke. The country may be truly bankrupt. If that is the case, then the country may be flailing right at the edge of the deadly precipice, where prodigal clans careen and plunge down the steep plains of lavishness and sick delight.

The facts are mean and the statistics loom grotesquely like tragic integers of an economy in the chokehold of penury and devastation.

Worse hit is the financial sector in the catalogue of ruin that pervades the polity even as you read.

Prime culprits responsible for the depression stealthily stealing upon the country are the self-styled mavericks running the Nigerian financial sector amok. They are none other but the banking industry’s cowboys or rogue entrepreneurs if you like. These characters comprise executives of top banks in the nation’s financial sectors and they are to blame for the rot and spiraling misfortunes of the sector. While Nigeria depends on them to shrewdly manage and maneuver the economy from a state of uncertainty to a state of prosperity or future affluence, these characters conspired to effect the devastation of the banking industry.

And how did they do that? By granting outrageous loans without collateral and other mandatory securities to themselves, their principals and glorified tin gods among their clients. Rather than re-energise the banking system by imbuing it with the kind of visionary, dynamic and audacious initiatives reminiscent of the best the sector has to offer, these bank executives imposed on the country, a dark pall of financial doom and controversies via their inclinations for and brazen perpetration of cutthroat practices.

YOU MAY ALSO LIKE:   18 APC Governors, Other Chieftains On Hand To Welcome Matawalle As He Defects From PDP

Many of them, bank Managing Directors (MDs) or Chief Executive Officers (CEOs) to be precise, sheepishly and maniacally played stooge cum dimwits to plundering boards of directors, chairmen of boards of their institutions, political tin gods and the current generation of aggressive entrepreneurs identified as young Turks of the nation’s oil and gas sectors. While serving as unquestioning muscles to their various principals and clients, these self-seeking MDs/CEOs, deviously sought for themselves large chunks of the loot they pillaged from the coffers of their banking institutions. It never mattered to them that they were playing with other people’s money, poor, helpless customers to be precise, they simply lusted and groveled for the good life.

There is no gainsaying these incumbent CEOs or MDs sheepishly kowtowed and still kowtow to the excessive demands of their principals and deified clients outside the walls of their banking institutions, what thus become shadow representatives of their will and demands. Shame!