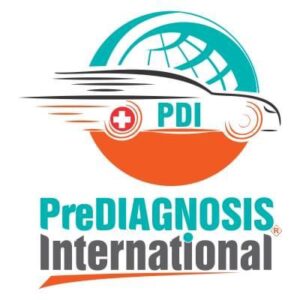 Pre Diagnosis International has commenced a programme of spreading its service base to various parts of the country in the bid to push for greater adoption of innovative telehealth among the country’s vulnerable and underserved communities. The company announced the first of such tactical moves for the North Central and North Western parts of the country in a recent disclosure that the PDI 24/7 Doctors’ Hotline and the PDI Telehealth App have been remodeled to serve the needs of the Northern people in the Hausa language.

According to a media statement signed by the Managing Director of PDI, Dr. John Iguve, the company’s foray into Kano, Jigawa, Kaduna, and Abuja is in furtherance of PDI’s determination to meet the target of delivering efficient and affordable modern healthcare to 20 million poor and vulnerable Nigerians between 2020 and 2030.

YOU MAY ALSO LIKE:   PDP Crisis: ‘I Am Not Your Mate’ – Okupe Scolds Wike

Dr. Iguve explained that the four cities were selected for the pilot scheme of the PDI 20-2030 Reach, Rescue, and Fortify project in the North after the successes recorded in the South West area over the last two years. He said plans to extend the reach to every nook and corner of the Northern region were already afoot.

“We are happy to announce that we are moving a step further in our campaign to make affordable healthcare services available at the doorstep of the people especially the poor and the vulnerable across Nigeria. Our recent decision to establish strong presence in the Northern part of the country is aimed at helping more Nigerians to enjoy access to basic affordable telehealth. As a semi-philanthropic hybrid health service company, PDI is determined to lead in the efforts to ensure public health care delivery to the poor and vulnerable through our bouquet of mass-market targeted medical services”, he explained.

@societygazette
Previous Ize-Iyamu: When God’s Grace Is Upon a Man by Tunji Fagbohun
Next Obaseki’s Defeatist Campaign Initiatives by Efosa Osagie