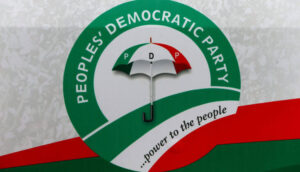 THE People’s Democratic Party (PDP) will commence the sale of nomination and expression of interest forms for its forthcoming national convention on October 11.
The party’s national convention, where new national officers will be elected, is slated for October 30 and 31 in Abuja.

The development was disclosed in the revised ‘Timetable and Schedule of Activities for Year 2021 National Convention’ released in Abuja on October 10 by the party’s National Organising Secretary Austin Akobundu.

The revised timetable was approved by the National Working Committee (NWC) in line with the resolution of the 94th National Executive Committee (NEC) of the party.

The NEC had, at its meeting on October 8, adopted the report of the National Convention Zoning Committee which zoned the position of national chairman to the North.

The revised timetable released on October 10 stated that the sale of nomination and expression of interest forms for election into any of the national offices would commence on October 11 and round off on October 15.

The deadline for submission of completed forms is October 16.

The forms are to be purchased at the party’s national secretariat in Abuja.

YOU MAY ALSO LIKE:   2023: Yahaya Bello Doesn't Deserve To Govern Hellfire, Not Alone Nigeria – Deji Adeyanju

Completed forms are to be submitted to the Directorate of Organisation and Mobilisation, which will process and transmit the documents to the screening committee.

Aspirants seeking election into the national offices are to be screened on October 18. Appeals arising from the screening exercise are slated to be heard on October 21.

YOU MAY ALSO LIKE:   Nigerian Army reacts to video of Soldier dehumanizing Corper

The names of all cleared aspirants will be published on October 23.

The NWC is to subsequently meet on October 25 to adopt and publish the delegates’ list.

Chairman of National Convention Organising Committee Adamawa State governor Ahmadu Fintiri had, on October 9, insisted that the convention would go ahead as scheduled on October 30.

According to Fintiri, the date remained sacrosanct in spite the fact that the zoning committee had just concluded its job, which was crucial for the national convention.

YOU MAY ALSO LIKE:   Police Vs Motorcyclists Clash: Lagos Task Force Disowns Slain Officer, Says He's Not One Of Them

Fintiri further explained that the convention would take place at the Eagle Square in Abuja.

Delegates for the convention are to be accredited at the Old Parade Ground, also in Abuja.

Fintiri further disclosed that the convention transport committee would secure vehicles conveying accredited delegates from the Old Parade Ground to the Eagle Square.

About 6,000 delegates are expected at the convention.

Fintiri, in the same vein, said there were no plans to review the zoning formula.

He said the 2021 national convention would be the best in history.