Home / cover / Peter Obi To Critics: My Trip To Egypt Was Scheduled Before Party Primaries

Peter Obi To Critics: My Trip To Egypt Was Scheduled Before Party Primaries 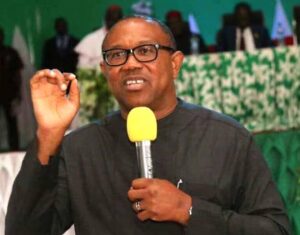 Presidential flagbearer of the Labour Party, Peter Obi, has defended his trip to Egypt, stating that the 3-day tour was already planned before the presidential primaries for political parties began.

He said it was good to learn firsthand about how an African country like Egygt boosted its electricity generation capacity within 4 years.

Obi’s reaction on Wednesday through Doyin Okupe, Director General of his Campaign Organisation, is against the backdrop of reactions to his trip when it was announced on Tuesday.

Obi had tweeted, “I just departed for Egypt on a 3-day visit as part of my detailed study of comparable countries to Nigeria. In Egypt, I am expected to understudy, among others, the Egyptian Power Sector, Education, Planning and Finance Sectors. –PO”

But presidential aspirant, Omoyele Sowore, activist Aisha Yesufu, among others, have criticized the trip.

They tweeted that Obi’s trip was insensitive and proof that he is unprepared to govern the country whose general election is few months close.

But Okupe insisted on Wednesday that Obi’s tour was a good one for the country’s energy sector.

He stated via his Facebook page : “Peter Obi’s trip has been scheduled previously, even before primaries. His mission principally is to see the plants installed by Siemens, which doubled the generating capacity of Egypt in 4years. To hold talks directly with the company on what will be feasible for Nigeria and at what cost?”

YOU MAY ALSO LIKE:   Just In: Bandits Attack Ganduje’s Convoy
Peter Obi To Critics: My Trip To Egypt Was Scheduled Before Party Primaries 2022-06-15
Oluwasegun Adesuyi
Share

Tags Peter Obi To Critics: My Trip To Egypt Was Scheduled Before Party Primaries