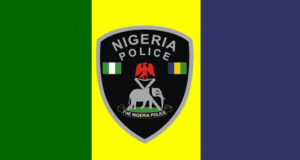 The Nigerian Police said the Police Academy Wudil will begin the screening of candidates for the 8th Regular Course on January 9.

The spokesperson for the academy, N. Habib, an assistant superintendent of police, made the disclosure in a press statement issued and made available to National Association of Online Security Reporters, NAOSRE.

The screening will begin at the academy with candidates from Adamawa, Bauchi, Borno, FCT Abuja, Ekiti, Kogi, Kwara, Lagos, Ogun, Ondo, Osun and Oyo from January 9 to January 15.

It said candidates from the states who passed the aptitude test conducted should proceed to Wudil at the appropriate date, where the academy is located, for the screening.

The statement explained that the shortlisted candidates would undergo medical and physical screening.

The candidates were also directed to come with the original and photocopies of their credentials, passport photographs, certificate of indigeneship authenticated by the state government and a pair of white canvass shoes, white vest, white shirts and socks.

The statement added, “All candidates will be subjected to medical examination/fitness test at the venue; Note that parents/guardians will not be allowed into the academy during the exercise.”

@societygazette
Previous Saidi Balogun Hits Location For First Comedy Movie As His Children Get Role
Next Oyo CP Issues Strong Warnings To Okada Riders, Tricylists Against Acts Of Arson In The State