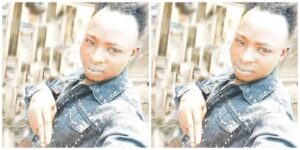 Okoilu, whose birthname is Rasheed Hamed, is said to have been on the command’s wanted list over involvement in life-taking activities in the state.

Naija News learnt that Okoilu was arrested in the early hours of Sunday, August 7, 2022.

His arrest was confirmed in a statement made available to newsmen in Osogbo yesterday by the command spokesperson, SP Yemisi Opalola.

The statement explained that the suspect was arrested by a combined team of police officers from Dugbe Police Station and Oke Baale Police Station with support from local hunters.

Opalola said Okoilu was tracked and arrested after he went on a killing spree in Egbatedo, Osogbo, where he killed three people.

She said the suspect had been handed over to the anti-cultism department of the Police Command in the state and was undergoing processing.

YOU MAY ALSO LIKE:   Dangote Gets Fresh Appointment From President Buhari

The police had warned that anybody that harboured the suspects would be treated as an accomplice to their crimes.

The command had also promised anyone with useful information that can lead to the arrest of the wanted persons, a handsome reward.

Previous No going back on Buhari’s impeachment –Aggrieved lawmakers
Next CBA FOUNDATION TAKES INTERVENTION AMONG UNDERPRIVILEGED WIDOWS TO THE NEXT LEVEL, WITH THEIR SOCIAL ENTERPRISE INITIATIVE