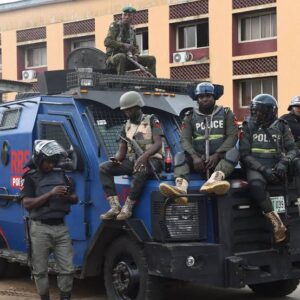 Detectives have launched a manhunt for Patrick Mumo who ‘raped’ his 90-year-old mother on October 20, 2021, in Mbooni-Makueni county, before going into hiding.

According to K24 Digital, the octogenarian was found in her bedroom by her eldest son writhing in pain, complaining of waist pains.

In a report by the Directorate of Criminal Investigations, the suspect, a 45-year-old, is said to have invaded the lady’s house at 8:00 pm before committing the heinous act.

“She tearfully narrated her harrowing ordeal in the hands of her younger son Patrick Mumo, 45, who forced his way into her bedroom at around 8:00 pm as she slept and subjected her to the beastly act,” the statement read in part.

Police report that the lady was immediately rushed to Kisau Sub-county hospital in serious condition, where she is currently undergoing treatment.

Doctors at the medical facility have since confirmed that indeed she had been raped.

Detectives have sent an appeal to Patrick Mumo Ngenge to give himself up at the earliest available opportunity before the long arm of the law catches up with him.