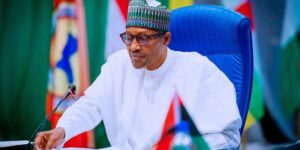 President Muhammadu Buhari has ordered the payment of gratuities to 102 pardoned ex-Biafran Soldiers.

This was revealed by Nigeria’s Minister of Defence, Major General Bashir Magashi (retd.) on Friday. Magashi disclosed that the soldiers have been captured for payment of gratuity and other emoluments by the Military Pensions Board.

Speaking at the 2022 Armed Forces Remembrance Day celebration in Abuja, he said; “It will interest you to know that the Military Pensions Board just concluded the documentation of ex-Biafran service personnel totalling 102 who were pardoned by Mr President.”

“The war ended 51 years ago and many of those involved are no longer alive but those with genuine complaints can come forward with their claims for consideration.”

He also said payment of pension and gratuities to retired military personnel had been prompt and regular, adding that the ministry in conjunction with the Military Pensions Board conducts regular verification exercises for military pensioners to streamline and check leakages in the system.

YOU MAY ALSO LIKE:   We Are Committed To Safety And Security In Maritime Operations - NIMASA Boss
Orders Payment Of Gratuities President Buhari pardons 102 Biafran Soldiers 2021-10-16
Oluwasegun Adesuyi
Share