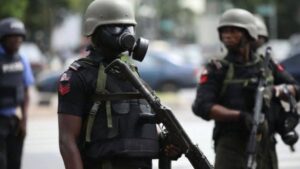 The images of the policeman, Supol Ayeni, who was crushed to death by a patrol van belonging to the Rapid Response Squad (RRS) unit of the Ekiti State Police Command has surface online.

Recall that the RRS operatives while chasing suspected fraudsters, otherwise known as Yahoo boys hit Ayeni who was on a motorcycle along Federal Polytechnic, Ado/Ijan Road in Ekiti.

YOU MAY ALSO LIKE:   James Earl Jones: Darth Vader who is also King of Zamunda turns 90 years

The deceased, who was attached to Odo Ado Police Station, was said to have died on the spot.

The pictures of the deceased have been exclusively obtained by SaharaReporters. 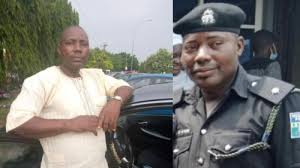