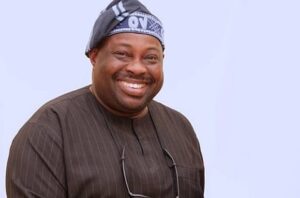 It was reported that President Buhari’s post on twitter was deleted by the platform few hours ago and the CEO of Ovation International, Dele Momodu reacted to this report. In a post on twitter, Dele Momodu wrote that many of his friends abroad called him to confirm the statement of the President but he had no answer until he watched the video of Buhari saying the same words in a meeting.

Another video was posted by the Presidency and it showed the moment President Buhari said the exact same words during a meeting.

YOU MAY ALSO LIKE:   Oyo CP Issues Strong Warnings To Okada Riders, Tricylists Against Acts Of Arson In The State

Dele Momodu stated that his friends living abroad called him over the statements made by President Buhari. He also wrote about Buhari’s response to attacks carried by out suspected herdsmen and bandits in some parts of the country. He prayed that God grant President Buhari more wisdom, patience and tolerance for every Nigerian.