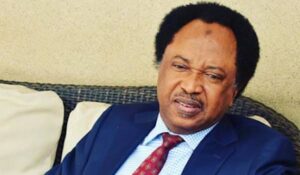 A former state and federal lawmaker, Ashiru was the opposition party’s candidate in 2019.

He polled 414 votes to defeat his closest challenger, Sani Sidi, a former director-general of the National Emergency Management Agency (NEMA) who scored 260 votes.

The results were announced at about 6am on Thursday morning.

Following the announcement of the results, Shehu Sani congratulated the winner, noting that he hopes to appreciate the two delegates who gave him “clean votes”.

The Kaduna PDP Governorship primary has been concluded. I lost and Honourable Isah Ashiru won. I wish to congratulate him,” he wrote on Twitter.

“Two delegates voted for me without giving them a dime; unfortunately, I don’t know who they are so that I can appreciate these clean votes. We look forward.”

YOU MAY ALSO LIKE:   Tokyo Olympics: We Had No Contract Agreement With PUMA ― AFN

The governorship primary commenced late on Wednesday, as the accreditation of delegates from the 23 LGAs did not start till 4:30pm.

The delegates were screened at Access Hotel and Nevilla Hotel, after which they were taken to the gymnasium hall of the Ahmadu Bello Stadium (ABS) — where the voting took place.

YOU MAY ALSO LIKE:   Nigerian Made COVID-19 Vaccine Undergoing Clinical Trial - PT

A total of 788 delegates took part in the exercise to elect the party’s flagbearer.