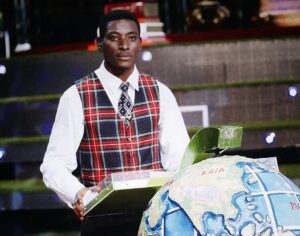 The Bible declares, “Those who know the God they serve shall be strong, and do exploits.” This scripture is being fulfilled in the life of God’s anointed servant and late Prophet T.B Joshua’s protege, Evangelist Joseph David as God wrought signs and wonders through him in faraway Mexico.

Like when David went to the battlefield to check on his brothers and he beheld Goliath roaring against the army of Israel, He made inquiries to confront him but his brothers questioned him. And he said, is there not a reason why I am here? The beginning of Evangelist Joseph David’s ministration in Mexico City to continue with TB Joshua’s mandate is a confirmation of why the great Prophet included him among the SCOAN Board of Trustees as diverse deliverance occurred during his ministration.

We reliably gathered that akin to the tutelage he received under TB Joshua, Evangelist David has been waiting on the Holy Spirit in prayers for divine direction.

And by divine instruction, he and some other disciple colleagues moved to Mexico. In his words, “Our coming to Mexico was by a divine revelation. One of the friends of TB Joshua’s Ministry said shortly after the Prophet passed on, he saw the Prophet in a

YOU MAY ALSO LIKE:   Tears of Joy as Student, Ibrahim, Receives Glo Promo House

vision, and he told him to invite his disciples to Mexico to continue the work he started in the nation of Mexico beginning with Mexico For Christ Crusade in 2016.

To confirm his words, in the first service the Evangelist conducted, he started with a message titled, THE STATE OF OUR HEARTS. Everyone was overwhelmed as they saw the same grace and move of God upon TB Joshua manifesting through him effortlessly.

Immediately after the message, he began mass prayer and people started vomiting and manifesting with massive testimonies backing it up.

Ms Martha, the lady who interpreted for him in Spanish was the first to share a testimony that same day. The lady said immediately she got home and narrated the to her aged mother the message the old woman packed all the idols she had worshipped all her life and threw them into the refuse bin. Martha said that for over 5 years she has urged her mother to do away with those same idols but she bluntly refused, she vowed to serve them all her life. According to Martha, “Sunday 4th of December will remain a memorable day in her life.”

YOU MAY ALSO LIKE:   UBA Business Series to Equip SMEs with Performance Management Strategies for Organisational Growth

Interestingly, All those who vomited poisonous substances testified to their healing.

@societygazette
Previous FIRSTBANK, OTHERS PARTNER WITH JUNIOR ACHIEVEMENT ON AFRICA’S LARGEST HIGH SCHOOL ENTREPRENEURSHIP COMPETITION
Next FIRSTBANK DECEMBERISSAVYBE: IF YOUR DECEMBER IS NOT VYBING, YOU AREN’T IN DECEMBER