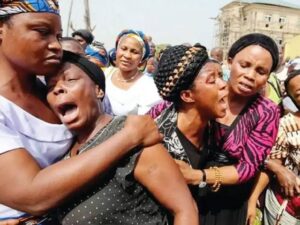 At least 30 persons have been killed and many houses razed in Madamai and Abun villages in Kaura Local Government Area of Kaduna State.

According to the former Coordinator, Kaura Youth Coalition, Comrade Derek Christopher, the attackers invaded the communities around 5pm and started shooting sporadically.

He said, “Some of them were taken to the hospital for treatment.”

Attempts to reach the Kaduna State Police Public Relations Officer, ASP Muhammed Jalige, for comment was to no avail, as his number was not reachable at the time of filing this report.