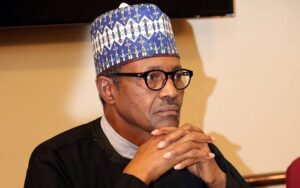 The Coalition of United Political Parties (CUPP) has condemns what it called unjustified and Illegal invasion of the private residence of a renowned Justice of the Supreme Court of Nigeria, Justice Mary Odili, by alleged operatives of the Economic and Financial Crimes Commission (EFCC) together with Officers and men of the Nigeria Police Force.

The EFCC has however denied that its operatives carried out the raid.

CUPP called on President Muhammadu Buhari to put an end to frequent invasions of judges residences, describing it as “a brazen act of terror and intimidation.”

In a strongly worded statement sent to THE WHISTLER on Saturday morning signed by Chairman Media Committee of CUPP, Chukwudi Ezeobika Esq., it said the sustained attacks on the Nigerian Judiciary by the Mohamadu Buhari led APC Government pose a grave danger to the independence of the Judicial arm of the Nigerian Government.

“It remains inconceivable how agencies of the Nigerian government could engage in actions that violate rights, constitutionally provided for and guaranteed by the Constitution, especially those of Judicial Officers and in particular, the rights of the Justices of the Supreme Court, without regards to extant Laws.

“Having set this ugly and negative precedent with the unlawful ousting of a former Supreme Court Justice and Chief Justice of Nigeria, Justice Walter Samuel Nkanu Onnoghen in 2019, the Mohamadu Buhari led APC Government has once more shown to Nigerians and the International Community that it has no regards and or respect for the Rule of Law and the Judiciary.”

The group noted that it viewed the forced invasion and continued harassment and Intimidation of Judicial Officers
as an act of terror and call for an immediate investigation of the Chairman of the Economic and Financial Crimes Commission and all officers involved in what it described as a reckless and irresponsible conduct with a view to bringing them to Justice.

“As long as we profess to be be in a democracy, it is incumbent on all elected and appointed Officials to act within the confines of the Law,” the statement said.

YOU MAY ALSO LIKE:   Gunmen Attack JAMB officials In Lagos Hotel, Kill Gateman

It demanded an immediate withdrawal of security operatives from the private residence of Justice Mary Odili and an unreserved apology from the Nigerian government in this regards and further call on all Nigerians to stand up and defend democracy which this administration is bent on derailing.

The Abuja residence of Justice Odili was on Friday evening invaded by security officials.

YOU MAY ALSO LIKE:   Ogun Police Commissioner Applauds NAOSRE, Sues For Fairness

The officers according to eye witnesses were dressed mostly in mufti and arrived the house following tip-off that some “strange activities were taking place inside the house”.

Within minutes, they had seized the entire perimeter of the house; using one of their vehicles with covered number plate to block the front gate of the house.

About eight of them then forced their way into the building but were unable to get to the inner room of Justice Odili.

The raid lasted over an hour; enough time to call the attention of many who rushed to the home of the justice of the Supreme Court to find out what was going on.

Confirming the incident, lawyer to Justice Odili, Senior Advocate of Nigeria, Mike Ozekhome described the invasion as “unfortunate and embarrassing.

He faulted the search warrant the security operatives allegedly came with on two grounds.

First was that the document had no name on it and secondly that it had a wrong address.

According to Ozekhome, while the warrant had on it, No 9, IMO Street, Odili’s house is on No 7 IMO River, Maitama.

YOU MAY ALSO LIKE:   Explosion Rocks Popular Rivers Motor Park, injures Many

Ozekhome however did not rule out the theory that the invasion could have been politically motivated.

River State Governor, Nysom Wike, who was in Abuja for PDP National Convention quickly rushed to the scene almost as soon as he got wind of what had happened but declined to speak to journalists on ground.

Others were former Minister of State for Trade and Industry, Kenneth Kobani and Honorable Igo Aguma who narrated the gestapo manner the security operatives forced themselves into the compound; afraid that Nigeria had fallen back to those heinous days when independent judges were hounded down, harassed and intimidated.

Justice Mary Odili is wife to frontline Nigerian politician and former Governor of River State, Peter Odili and the
invasion on her home comes few hours to the National Convention of the Peoples Democratic Party(PDP) in Abuja.