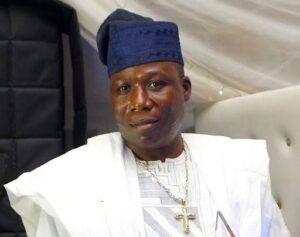 Yoruba Freedom fighter Sunday Adeyemo who is Commonly Known as Sunday Igboho, has disclosed that Bola Ahmed Tinubu, the National Leader of the APC, will be given a Presidential Ticket when Yoruba Nation becomes a Reality.

According to a video that was obtained by Newsmen, Igboho pleaded that all the attack on Tinubu Should stop and those attacking him on social media should stop. He stated that, Tinubu will be their Choice of President in Yoruba Nation, they have reserved a presidential Ticket for him.

Previous 2023: See the top five politicians that could emerge as Apc vice presidential candidate
Next Why I don’t support Yoruba presidency for 2023 – Seyi Makinde