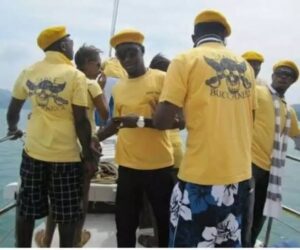 A group of youths suspected to be members of the Iceland Confraternity have hacked to death one Prophet Kufre Obonukut in Akwa Ibom State.

It was gathered that the said clergyman was killed alongside his father, Chief Ephraim Jacob Obonukut.

Though the reason for the suspected cultists’ action is yet to be known, there were, however, insinuations that the killing of the two might not be unconnected with the fact that Prophet Kufre who was the founder of Last Bus Stop Church (LBC), Ikot Ibekwe, was an object of envy by some Church founders in the area.

The prophet was accused of luring members from other churches to his church through miracles.

Kurfe and his father were both murdered during the last weekend in their home in Ikot Ibekwe, a community in the Ukanafun Local Government Area of Akwa Ibom.

A family source who reportedly confirmed the incident to Nigerian Tribune said the cultists came to kill Prophet Kufre, and when he raised the alarm, his father was pressured to go up to save his child.

“Unfortunately, the criminals turned and also attacked hit the father on his head and other parts of his body with a machete,” the source said.

“It is very sad to miss a father and a son at the same time. At the moment, the mother is bedridden. The prophet had been buried while the father is to be buried later because of his chieftaincy status,” the family source expressed.

Spokesperson of the State Police Command, Odiko Macdon, who confirmed the incident said an investigation is an ongoing to unravel the immediate and remote causes of the attack.

YOU MAY ALSO LIKE:   Osinbajo to NEC: Don't ask Me for Anything on the New Economic Council ask Buhari

He said: “Discreet investigations are ongoing to ascertain the immediate and remote causes of the incident,” he assured, urging members of the civil society to volunteer intelligence to security agents wit to apprehend culprits, whom he said are still at large.”