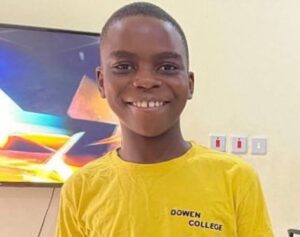 There is no evidence to establish that 12-year-old Sylvester Oromoni Jnr was tortured, bullied or forcefully positioned, the Lagos State Commissioner of Police, Hakeem Odumosu stated this at a press conference on Friday while giving update on the investigation into the cause of the death of the late student of the Dowen College.

While speaking to pressmen at the state command, which National Association of Online Security Reporters, NAOSRE was represented, Odumosu denied any form cover-up that alleged by Sylvester Oromoni’s parent and members of the public.

According to the CP, eight suspects were arrested which included three House Masters of the College and five students who were said to have mentioned by Sylvester before his death.

YOU MAY ALSO LIKE:   Femi Adesina Mocks Bishop Oyedepo Over Difference Between Auditor General And Accountant General

The commissioner confirmed that the Police Force obtained a remand warrant at the Yaba Magistrate Court to enable the Police detain the suspects for 21 days and all parties were interviewed by him. Meanwhile, it was confirmed that the student’s suspects were granted bail before the expiration of the 21 days and house masters after the expiration of 21 days.

YOU MAY ALSO LIKE:   Nigerians Slam Police PRO For Boasting On Twitter After Committing A Traffic Offence

Further, the CP said it was agreed unanimously that another autopsy should be carried out after a post mortem examination was carried out earlier by a Consultant Pathologist, Dr Clement Vhriterhire which attributed the cause of the death to ‘acute bacteria pneumonia due to severe sepsis’. The second autopsy carried out in the presence of all parties representatives attributed the cause of death to ‘septicaemia, lobar pneumonia with acute pyelonephritis and pyomyositis of the right ankle’.

Conclusively, Odumosu reaffirms that the final results of the post mortem and toxicology examination conducted both at Warri and Lagos agreed that the Sylvester Oromoni died a natural death.

The protest which was said to have happened in front Bowen College for hours witnessed masquerades with placards. According the CP, the act caused panic within the community and was able to come down with the help of men of the Police command.

He warned those threatening to go to any length to protest the outcome of the investigations to go the legal way or be ready to face the full wrath of the law. 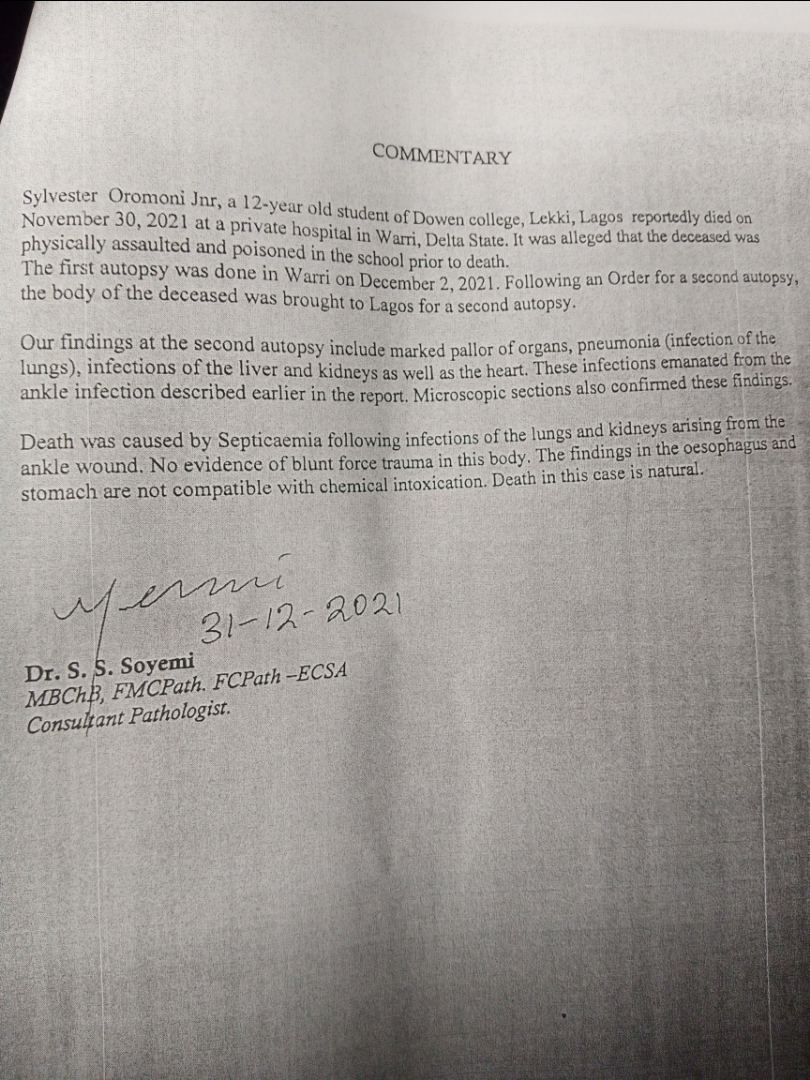 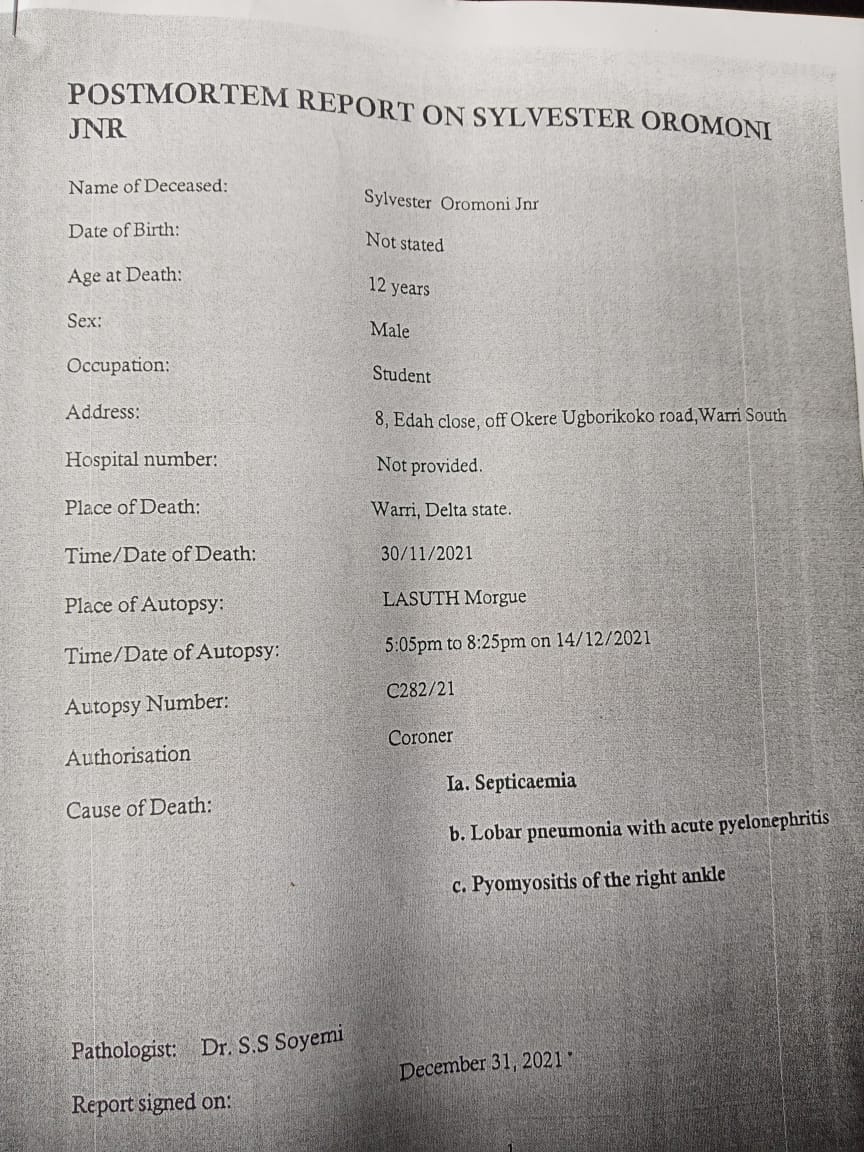 @societygazette
Previous Mummy GO: “So many fabrications tied to my mum” – Son
Next Press Release: Defence HQ Reel Out Achievements of Nigeria’s Military