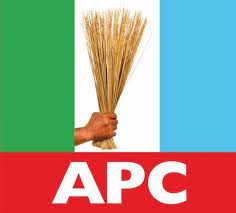 The situation of things presently at Agbado Oke-Odo LCDA can best be described as calm howbeit uneasy just a few days to the All Progressives Congress (APC) primary for those that will be occupying different positions in the forthcoming local government elections.

The timetable for the elections was recently released and many people have been jostling for political relevance and opportunities to occupy one sit or the other and for most people of Oke-Odo, their councilors and Chairman are expected to be the people’s choice before the intervention of the HRM Oba Jimoh Olawale-Cole, who though now a king in Ojota area of Lagos, but will still want to keep political control of the area he had lived for many years and instead of allowing a free primary whereby party members will choose a candidate of their choice he decided to you his influence and money to force on the people one of his boys.

YOU MAY ALSO LIKE:   Lack of Evidence: Baba Ijesha may be released Friday – Police source

The person in question it was gathered was at a time a member of the local government legislative arm before he was kicked out for not been effective about 8 years ago, and the party members in the area have been clamoring for fresh mind but were shocked and angry that the party executives allow themselves to be bought or coerced by the king into selecting his boy again.

The information however is that the youths of the area may be planning a showdown with the party executives during the primary.

@societygazette
Previous Police Fully Prepared to Protect Lagos against Planned attack by IPOB, Other groups
Next ‘THE WORLD MUST SEE OUR REAL STORIES THE EXACT WAY THEY SHOULD BE SEEN’- Steven Anu’ Adesemoye