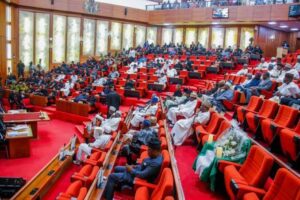 The Nigeria Social Insurance Trust Fund (NSITF) has told the Senate that termites have eaten most of the vouchers containing details of how N17.158 billion yet to be accounted for was spent.

The N17.158 billion, as stated in the 2018 audit report, was the total amount of money transferred by NSITF from its Skye Bank and First Bank accounts into various untraceable accounts belonging to individuals and companies from January to December 2013.

The auditor-general’s office had in the 2018 audit report raised 50 different queries bordering on alleged misappropriation of funds by management of the agency, which is under probe by the Senate committee on Public Accounts.