It was a night filled with magnificence and splendor as music lovers and fun seekers were treated to topnotch entertainment at the Zenith Bank Aspire Music Festival which held on Saturday, September 21, 2019 at the Harbour Point Event Centre, Victoria Island, Lagos.

The musical festival lived up to its billing as the most anticipated entertainment event of the year, as the audience were treated to electrifying and captivating musical performances by Nigeria’s top artistes including Olamide, Flavour, Phyno, Niniola, Mayorkun and Rema.

YOU MAY ALSO LIKE:   NIGERIAN NAVY RELEASES POSTINGS OF SENIOR OFFICERS

Also on hand to anchor the event and thrill the audience with rib-cracking jokes was Kenny Black, while celebrity hypeman, Do2dtun, revved up the crowd throughout the night.

Indeed, the crowd could not have asked for a better and more enthralling night as the artistes took to the stage one after the other treating the audience to their major hit songs. From Olamide’s rave-of-the-moment song “Pawon” to Rema’s “Dumebi”, Niniola’s Maradona, Mayorkun’s “Mama”, Phyno’s “Fada Fada” and Flavour’s “Ada Ada”, the audience well held spellbound throughout the night and got real value for their time.

The breathtaking festival, which is one of a series of events lined up by Zenith Bank to usher in “Style by Zenith 2.0”, the bank’s annual lifestyle fair which takes place towards the end of the year, will no doubt linger in people’s memories for many years to come. 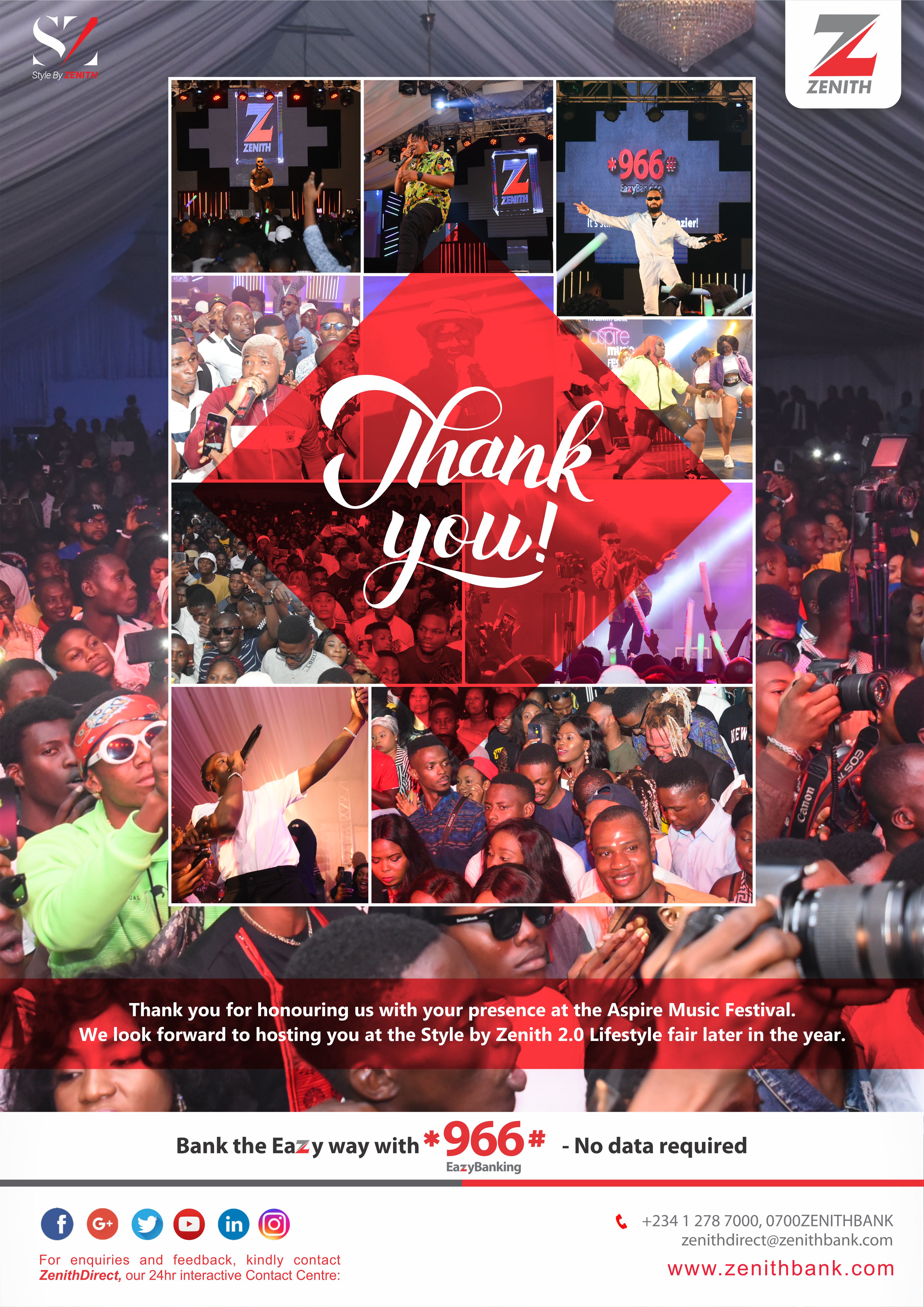