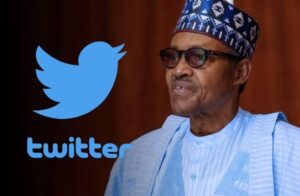 The Presidency has faltered in its bid to defend the decision of the President Muhammadu Buhari-led administration to suspend the use of social media giant, Twitter, in the country.

In an interview with CNN’s Larry Madowo on Wednesday, Buhari’s new media aide, Tolu Ogunlesi, could not defend the suspension of the messaging app.

Asked whether he was in support of the ban or not, Ogunlesi said: “Ahm well, so I, I, I, you know, I’m not, you know, the government of Nigeria has made a decision.

“You know aah.. and for me, no it’s so, I’m not sure that’s the question you should be asking me.”

Pressed to give a yes or no answer, the presidential aide said: “I think it’s a win-win actually for both twitter and the government of Nigeria.

“That’s certainly the view I get out of the um negotiations. It’s a win-win for both parties and ehm, I’m happy about that?”

Naija News recalls the federal government had in June 2021, suspended the activities of the micro-blogging site in the country over allegations that the platform was been used to undermine the sovereignty and security of Nigeria.

But during his Independence Day speech, Buhari had announced that he has given approval for the conditional lifting of the ban on Twitter operations in Nigeria.

He stated that following negotiations between the government’s technical team and officials of the micro-blogging giants and agreements on a key number of issues, he has directed the lifting of the Twitter ban and ordered the resumption of activities once agreed conditions are met.