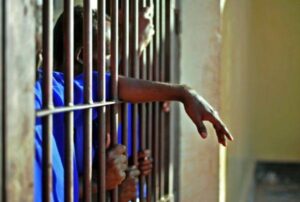 There are fresh indications revealing that the gunmen who attacked the Kuje Medium Security Prison reportedly freed over 90 percent of the inmates.
According to Daily Sun, the heavily armed gunmen invaded the correctional centre around 10.30pm.

The gunmen who bombarded the facility and successfully operated for about one hour unhindered, reportedly freed Boko Haram inmates at the correctional centre.

It was gathered that other inmates used the opportunity of the attack to escape from the Kuje Prison.

A prison staff, who confirmed the attack in a chat with Daily Sun, revealed that after the attack not more than 30 out of the over 1, 000 inmates were found at the correctional centre.

The staff said some of the attackers came from the back of the prison yard, while others arrived with trucks used to evacuate the targeted inmates.

Confirming the attack, the spokesman to the prison service, Umar Abubakar said an armed squad of the service in collaboration with other security agencies responded to the attack.

Abubakar in a statement released in the early hours of Wednesday said calm has returned to the area.

YOU MAY ALSO LIKE:   Five Year Old Boy Dead, Many Injured As 3 Storey-Building Collapses In Lagos

It reads, “I wish to confirm that at about 2200hrs, some yet-to-be-identified gunmen attacked the Medium Security Custodial Centre, Kuje, in the Federal Capital Territory.

“However, men of the Armed Squad of the Nigerian Correctional Service and other security agencies attached to the Custodial Centre have responded and calm has been restored to the facility and the situation is under control.

YOU MAY ALSO LIKE:   Yomi Fabiyi Slams Iyabo Ojo for Slamming Him With N100M Law Suit

“Other details will be made available soon.”