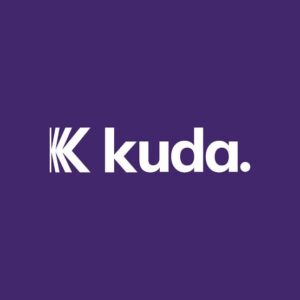 The Kuda Microfinance Bank has blamed one of its customers for the way he was manhandled by security officers on the bank’s premises in the Yaba area of Lagos, Nigeria.

The video was shared by the brother of the customer who lamented the inhumane treatment meted out to his brother, saying that the officers went as far as releasing tear gas on his brother’s face.

Reacting in a statement released on its Twitter page, the bank defended the harsh treatment, saying that as a financial institution licensed by the Central Bank of Nigeria, they are obligated to comply with the mandate of all applicable government and law enforcement agencies.

While failing to mention the customer’s exact offence, the bank added that it was the customer’s failure to cooperate with the officers that led to them manhandling him.

“It has come to our attention that a couple of videos are being circulated online regarding the experience of one of our customers yesterday. The videos show the customer being forcefully escorted off our premises by members of the Nigerian Police Force.

“As a financial institution licensed by the Central Bank of Nigeria, we have an obligation to comply with the mandates of all applicable government and law enforcement agencies, supported by the appropriate documentation. While complying with such mandates, we liaise with the affected customers so that any pending matters between the customers and the agencies are resolved.”

“It is also expected that such affected customers will cooperate fully with the law enforcement agencies involved in order to reach a resolution on each matter. It is truly unfortunate that the customer’s failure to cooperate with the law enforcement officers unfolded in the manner that it did, particularly as the customer was being apprehended by the members of the Nigerian Police Force further in their investigation into alleged criminal activity on the customer’s account,” the bank said.

YOU MAY ALSO LIKE:   BREAKING: Man Drags Dangote To Court For Allegedly Getting His Wife Raped And Drugged

Kuda bank also attempted to absolve itself of any blame, saying that no staff of the bank was involved in the incident which played out in the video.

“We wish to reiterate that no staff of the Kuda MFB was involved in the unfortunate incident that was captured in the video,” the statement said.

The bank concluded by saying that it had, “commenced internal investigations into this matter would liaise with the customer as well as the relevant law enforcement agencies to ensure that the matter is addressed.”

The brother of the customer first spoke out against the bank on Sunday, 17th April 2022, narrating how the bank locked his brother’s account after he transferred the sum of N577,491 from his Moneypoint POS into the account on the 13th of April.

“For someone that has sent a huge amount of over N10 million at once without you guys locking it, so why did you suddenly lock the account for an amount less than that? You locked his total amount of 1.2 million naira without even feeling remorseful or thinking about how this person would feel after locking his account,” he tweeted.

The customer’s brother, who tweeted via his handle (@I_Am_Jamotech), asked that the bank opened the account because his brother needed the money for his business activities.

“Please kindly open back his account (because) the money is for his business and he needs it to continue his daily activities. You can do whatever investigations but I’m telling you that it is not fraud money and we need you guys to open his account so he can continue with his business, thank you,” he said.

YOU MAY ALSO LIKE:   UBA to Support Businesses on Budgeting and Forecasting, Holds Workshop Today

He further tweeted on Tuesday that his brother eventually had to visit Kuda Bank’s customer support office in Yaba, Lagos to rectify the issue when he was accosted by law enforcement officers.

“So my brother went to @kudabankhelp office today at Yaba to know the reason why his account was locked and still not opened after dropping his proof to them that it’s legit money and not fraud money at all.

“So funny how when he got there this morning, they sent their MOPOL to arrest him and started harassing him for no reason. So, every young guy’s money has to be fraudulent? Do they who our father is? He called me on the phone and I was listening in the background while they were harassing him, trying to detain him. Please twitter help us do your thing,” he said.

After this, he posted the video showing the security operatives manhandling his brother who could be seen lying on the floor and pleading for water while an officer held him by the belt.