We Are Breeding Future P0rn Stars – I Go Dye Cries Out 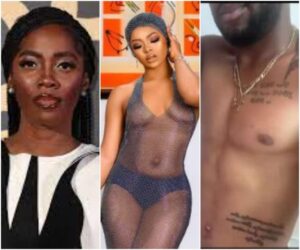 Nigerian stand up comedian Francis Agoda popularly known as I Go Dye has expressed concerns over the increasing rate of moral decadence going on in society, especially from Nigerian celebrities.

Naija News understands that in less than three months, the nude videos and photos of some top Nigerian celebrities have flooded the social media space sparking outrage and condemnation.

YOU MAY ALSO LIKE:   PDI Takes Telehealth To Grassroots Northern Communities

In reactions to the rise of nude photos and videos, indecent dressing of celebrities, particularly Nigerian celebrities the 42-year old veteran comedian who’s also a motivational speaker, via his Instagram page says he’s so afraid of the future generation with the rate at which things are going.

According to him, those who expressly show their nakedness were intentional about it, adding that it is not something one can find in an African parent’s DNA. He further noted we are already breeding ‘future p0rn stars’.