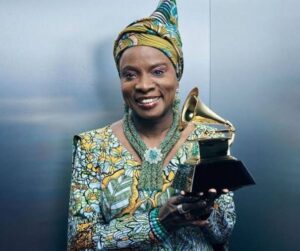 Kidjo while receiving the award on Sunday thanked Nigerian artistes who featured in the album, Burna Boy, Yemi Alade and Mr. Eazi.

YOU MAY ALSO LIKE:   INEC Presents Certificate Of Return To Soludo

Femi Kuti and Mide Kuti were also nominated in the category but they lost the opportunity to clinch the award.

The winner of the Best World Music Album has performed with several international orchestras and symphonies, including the Bruckner Orchestra, The Royal Scottish National Orchestra, and the Philharmonie de Paris.