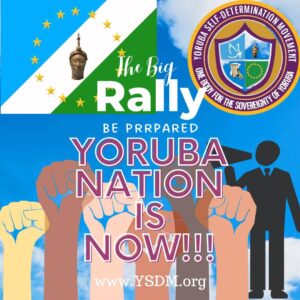 There has been a confrontation between the Yoruba Nation Agitators and men of the Nigerian Police Force in Lagos this morning, the agitators had storm Ojota axis of Lagos where they were planning to hold their mega rally.

In a video making round a young man who identified himself as Saoti Igboho, was speaking in Yoruba that two of his boys had been killed while showing the lifeless body of a young man on the suspected to be the Seven Up axis of the Lagos Ibadan express. The young man also showed a video of a van suspected to be police car just in the process of being engulfed in fire, he also said they will be burning a certain police station.

YOU MAY ALSO LIKE:   FIRSTBANK STAYS AHEAD OF COVID-19, KEEPS FAITH WITH CUSTOMERS

Though the cause of the whole issue cannot be ascertain, some other information is saying it was a confrontation between the group and the men of Oduduwa People’s Congress, OPC.

Attempt to reach out to the PPRO Lagos, Mr. Benjamin Hundeyin is not possible as his phone lines are engaged.