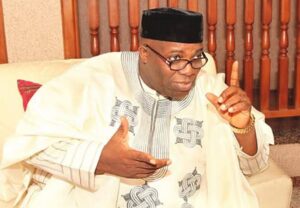 Dr. Doyin Okupe, a Former Presidential spokesperson, has formally declared his intention to contest the 2023 presidential election on the platform of the Peoples Democratic Party.

He disclosed this in a statement issued by his media office, titled, “2023: Doyin Okupe promises a government that prioritizes the needs of the poor as he officially declares presidential ambition.”

Okupe said, ‘’I believe I have the knowledge, the requisite national political experience, and intellectual capacity and wisdom to halt the social and economic decadence, insecurity, and pervasive poverty that has nearly made living meaningless in Nigeria.’’