Home / cover / 2023: Muslim-Muslim Ticket Is A Fuel For Terrorists To Thrive – Adegboruwa

2023: Muslim-Muslim Ticket Is A Fuel For Terrorists To Thrive – Adegboruwa 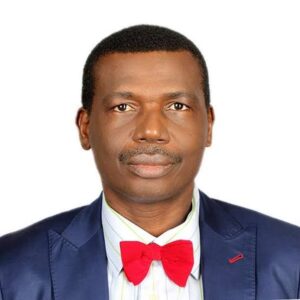 Adegoruwa in a statement on Sunday was reacting to the announcement of Shettima as the running mate to the APC presidential flagbearer, Bola Ahmed Tinubu.

The Senior Advocate of Nigeria argued that the Muslim-Muslim ticket is fuel for Boko Haram and an incentive for the Islamic State in West Africa Province (ISWAP) fighters.

He added that the ticket is a call for terrorism to thrive more in the country, describing it as a terrible choice and a way to insult the citizens’ sensibilities.

YOU MAY ALSO LIKE:   Electoral Bill: Nigerian Governors’ Forum Tasks Reps To Include Consensus Option

Adegboruwa, however, called on Nigerians in respect of their faith to reject APC with their votes in the 2023 presidential election.

He said: “Nigerians, whether Muslims, Christians, Traditionalists, should reject APC with their votes come 2023 because a Muslim-Muslim ticket in present-day Nigeria is fuel for Boko Haram, the incentive for ISWAP and a call for terrorism to thrive more.

“Unless of course, those parading the ticket are themselves complicit. There is no better way to insult our sensibilities. I pray it is not true.”

Meanwhile, Kano State Governor Abdullahi Ganduje has said the selection of former Borno State Governor, Kashim Shatimma as Bola Tinubu’s running mate, will guarantee the victory of the All Progressives Congress, (APC) in the 2023 general elections.

YOU MAY ALSO LIKE:   Hushpuppi: Sources Speaks On Reinstating Kyari

Despite being among those who the APC Southern governors had nominated for the VP slot, Ganduje congratulated Senator Shetima for clinching the position of the vice-presidential candidate of the party.

Ganduje in a statement issued by the commissioner for information, Malam Muhammad Garba, described Shettima as highly quick-witted and prepared for the office of the vice president.

YOU MAY ALSO LIKE:   Court Directs NIMC To Release Biodata Of Ekweremadu’s ‘Kidney Donor’

He noted that Shettima played a significant role in bringing attention to his qualification, ability, and expertise during the pre-presidential primary campaign because they share common experiences.

2023: Muslim-Muslim Ticket Is A Fuel For Terrorists To Thrive – Adegboruwa 2022-07-11
Oluwasegun Adesuyi
Share

Tags 2023: Muslim-Muslim Ticket Is A Fuel For Terrorists To Thrive – Adegboruwa