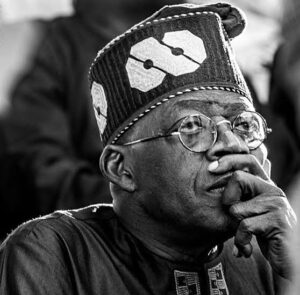 The media aide to Asiwaju Bola Tinubu, Tunde Rahman has clarified that his principal was misinterpreted on his statement about ‘fighting dirty’ in the 2023 presidential election.
The clarification was given in a statement on Monday following the backlash and public outcry that greeted Tinubu’s statement during his visit to Oyo State on Sunday.

As earlier reported by Naija News, the presidential aspirant visited the Alaafin of Oyo as well as the Olubadan-designate as part of his ongoing nationwide consultation.

While speaking at the residence of the Olubadan-designate, Senator Lekan Balogun, Tinubu had said he can’t be intimidated in the presidential race.

“I’m out to become the president of Nigeria. No intimidation, no blackmail can stop me. I have read about a Greek philosopher that if you want to fight a pig, you must be ready to be smeared and I’m ready to be dirty,” Tinubu had said.

However, the portion of his statement where he talked about getting dirty overshadowed most of what he said and generated reactions from various quarters and stakeholders.

Reacting to the reactions and backlashes that followed, Rahman on Monday came out to explain that his principal was quoted out of context and misunderstood by most people.

YOU MAY ALSO LIKE:   NIGERIAN ARMY PROMOTES SENIOR OFFICERS

In explaining what Tinubu meant during his speech on Sunday, Rahman in his own statement submitted that his principal was making reference to unwarranted and sponsored attacks against him and only used the metaphor of fighting with a pig and getting dirty to buttress his point about accepting the insults that come with playing politics in Nigeria and aspiring for the presidential seat.

“In continuation of his consultations and engagements with the traditional rulers and critical stakeholders across the country, Asiwaju Bola Tinubu on Sunday, February 20, 2022, visited the Alaafin of Oyo, Iku Baba Yeye, Oba Lamidi Adeyemi 111, and on his return from ancient Oyo town, he paid a courtesy call on the Olubadan-Designate, Senator Lekan Balogun,” the statement reads.

“Speaking at the residence of Olubadan-Designate, the All Progressives Congress National Leader, Asiwaju Tinubu, referring to some of the unwarranted attacks against him used the metaphor of wrestling with the pig, saying “if you decide to wrestle with the pig, you must be ready to get dirty.” He said he had accepted to take the insults and dirt thrown at him by some people as a price to pay for venturing into politics and seeking to be President of Nigeria.

YOU MAY ALSO LIKE:   BREAKING: Court strikes out remaining charges against Nnamdi Kanu

“Sadly, the wrong headline and story have been latched on by some online platforms/blogs and commentators to pour invective on Asiwaju Tinubu. These commentaries and remarks are unfortunate because they are groundless, misinformed and misdirected. Hence, this clarification has become imperative.

“It bears restating that at no time during the visit and in his speech did Asiwaju indicate that he would fight dirty for his presidential ambition. His words were carefully chosen.

“For clarity and avoidance of doubt, this is what the APC leader told Olubadan-Designate High Chief Balogun: “Kabiyesi, all I have come for is to beg you to continue to pray for me, the entire Yoruba race and the country. Now I am out. Out for what, Kabiyesi? I am out to become the President of the Federal Republic of Nigeria. There is a wise saying that if you want to wrestle with the pig, be ready to get dirty and deal with the poo-poo. I am ready to get dirty. No intimidation, no blackmail, no sort of insult will get me angry to the extent that I will say no more, I don’t want again.”

YOU MAY ALSO LIKE:   Shaibu’s Irredeemable Reputational Damage by Osagie Osunbor

“This statement is comprehensible and clear enough. Our appeal to the media is that as the 2023 election approaches, and indeed at all times, they should not allow their mediums and platforms to be deployed in the desperate smear campaigns and campaigns of calumny by politicians. They owe themselves and our society to report accurately and objectively without fear or favour. The duty of the media as the Fourth Estate of the Realm is a sacred one that must be guarded jealously.”

Previous Drycleaner Found Dead In His Shop In Abuja
Next JUST IN: Abba Kyari demands N500 million from NDLEA over ‘Unjust Detention’