Home / cover / 2023: Why the Obidient movement is a useless one – Asari Dokubo

2023: Why the Obidient movement is a useless one – Asari Dokubo 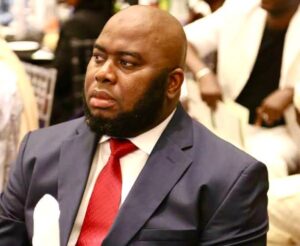 Asari Dokubo, a former Niger Delta militant, on Tuesday said the Obidient movement of Peter Obi, presidential candidate of the Labour Party (LP), is a futile one ¡°because it is going nowhere¡±.

Speaking in a Facebook Live monitored by POLITICS NIGERIA, Dokubo said Obi does not have the pedigree to match co-contenders, Atiku Abubakar and Bola Tinubu.

YOU MAY ALSO LIKE:   Just in: Juventus Sack Andrea Pirlo despite top four success

He tackled the former Anambra State governor on the recent release of some documents that showed he rejected plots of land offered to him by the Anambra State Housing Development Corporation (ASHDC) during his tenure as governor.

According to Dokubo, Obi is lying to the public.

¡°How would you compare Obi with Tinubu or Atiku? What is his antecedent? Lies. You are showing documents. Who showed that you rejected the lands? All these small small [sic] scams, who dem wan do naw [sic]?¡± Dokubo said.

Meanwhile, the Peter Obi Support Network has called for the immediate discontinuation of the negotiations and alliance between the LP and the New Nigerian Peoples Party (NNPP).

The group said the NNPP’s presidential candidate, Rabiu Kwankwanso,¡¯s continuous association with the Obi candidacy will be a liability rather than an asset.

Tags 2023: Why the Obidient movement is a useless one - Asari Dokubo