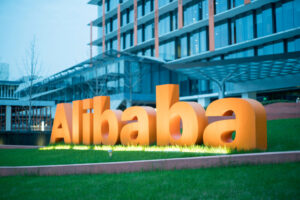 Singles Day on November 11, or Double 11, is a Chinese shopping holiday started by online retailer Alibaba to celebrate single people, in opposition to Valentine’s Day, although the day mostly revolves around the online deals available. Sales each year surpass Black Friday and Cyber Monday combined, making it the world’s single largest shopping event.

This year, Alibaba has adopted some of the same strategy as US retailers around Black Friday, expanding the sale. Some sales started between November 1-3, including American brands like Adidas, Nike, and Apple. Alibaba didn’t release sales numbers for the first Singles Day window, but it said in a statement that sales “indicate strong consumption rebound and higher-than-ever demand in China.”

Alibaba Group Executive vice chairman Joe Tsai said in a livestreamed event that the Chinese economy has bounced back to pre-pandemic levels, pointing to the 17% growth year over year of ecommerce in China. As of 11 p.m. in China, US businesses passed $5 billion in sales, the most of any country outside of China.