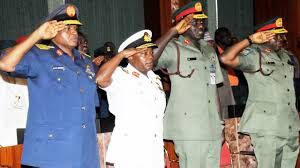 Following the recent editorial of The Financial Times of London in which the paper described Nigeria as a country plagued by terrorism, banditry and kidnapping, many Nigerians have unanimously taken exemption to the position of the paper saying it does not, in any way, capture the true state of security in Nigeria.

The UK-based newspaper, among other things, had posited that contrary to Nigeria’s government’s claim, Boko Haram remained an ever present threat and the country risks becoming a failed state.

But, in a swift reaction, Comrade Oladimeji Odeyemi, a Nigerian security analyst and a counter-terrorism expert, punctured the submission of the paper in its entirety, saying the London paper did not only erroneously rely on unverifiable internet figures but its editorial standpoint is fraught with terrible lies.
Odeyemi who spoke in an interview maintained that it is unfortunate that foreign media organizations have made themselves the face of the forces that seek to propagate falsehood on insurgents’ dominance of Nigeria’s security environment.

The Convener of the Coalition of Civil Society Groups Against Terrorism in Nigeria said: “Except we want to lie and deceive ourselves, is the north not better, especially North East than it was before 2015 when Boko Haram had over 14 local governments in its custody? I think Nigerians should ignore the poorly thought-out editorial as well as the groups who are gleefully hailing it. It was a wasted effort.”

He added that “With all due respect, I think there is a script being acted and some international media agencies have already been conscripted to play it out. Amazingly, they push out the scripts without any recourse to rules of engagement in the media which includes verification of all indices to be addressed to ensure credence of the report.

“From my little knowledge, I am aware that the editorial of any news medium is the heart of that media organisation because that is the position of that newspaper on the topic of consideration.

“If Financial Times could churn out such editorial as their position on this same Nigeria that we are currently living in, then there is much to be desired. Beyond that, I think the editorial veered off some of the key happenings in Nigeria and that has been the bane of many foreign media reports on the country, lately.

“The truth is that you can’t rely on resources from the internet to form either a news or editorial reportage.

“Yes, we still have pockets of security challenges, but the reality on ground is that the level of security in Nigeria has over time improved, especially in the North East and this is due to the pragmatic approach of President Muhammadu Buhari and his Service Chiefs.”

Comrade Oladimeji Odeyemi spoke further on the abducted Kankara school boys which generated drama in Katsina state. He said: “I think we must first of all thank God and commend President Buhari for providing the leadership that led to the rescue of the boys. However, I want to applaud the Nigerian Army over the release of the abducted students.

“The saying that success has many relatives is trite here but we must give honour to whom it is due. The Army showcased a high level of human rights compliance, professionalism and proactiveness in carrying out its responsibility of securing the lives of the abducted schoolboys.

The security expert however, called on the international media and demanded an end to their media brutality against Nigeria.

He emphasized that the Nigerian military has accomplished much and investors are gaining maximally from the unprecedented national security achievements.

@societygazette
Previous Buratai Thanks Buhari for Supports, Tasks Troops on Disgracing Terrorists in 2021
Next TheStreetJournal named Rev. Mathew Hassan Kukah as Man of The Year