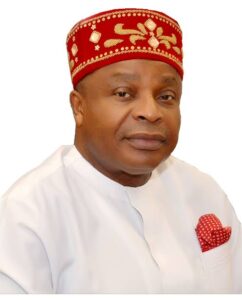 Ex Akwa Ibom South Senator, Nelson Effiong, who was kidnapped on the 5th of September,2021 as at 9pm, at the newly opened Highbrow club along Oron road in Uyo, the state capital, is yet to be released by his abductors.

This is the second time, the lawmaker has being abducted, having earlier been taken hostage in 2009, 2 years after leaving the office as Akwa-Ibom third speaker of the State House of Assembly in 2007.

YOU MAY ALSO LIKE:   Ikoyi Collapsed Building: Osinbajo Speaks On Ownership Of 21-Storey Building

The former APC lawmaker, has from time accused Nigerians of exaggerating insecurities under the President Buhari Era.

Effiong has now spent 50 days under the roof of his abductors who demands the sum of N200 million as ransome to free the Ex lawmaker.