Adegoke Murder: Court Orders Adedoyin, Six Others To Be Remanded In Prison 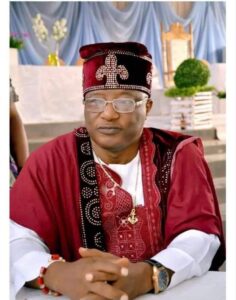 An Osun State High Court presided over by the Chief Justice of Osun State, Oyebola Adepele-Ojo has ordered that Rahman Adedoyin and six other suspects be remanded at the Ilesa correctional facility in the murder case of Timothy Adegoke a postgraduate student of the Obafemi Awolowo University (OAU) who was killed under controversial circumstances.
The order was given on Thursday when the suspects were arraigned amidst tight security at the Osun State High Court.

The six others remanded alongside Adedoyin who is the owner of the hotel (Hilton Hotels and Resort, Ile-Ife) where Timothy Adegoke lodged when he travelled from Abuja to Moro in Osun State for an exam are Magdalene Chiefuna, Adeniyi Aderogba, Oluwole Florence, Oyetunde Kazeem, Adebayo Kunle and Adedeji Adesola.

YOU MAY ALSO LIKE:   Tension As Gunmen abduct three Obasanjo’s workers in Ogun

The postgraduate student was however declared missing two days after only to be found dead later.

Society gazette reports the suspects are standing trial on an 11-count charge bothering on conspiracy, murder, attempted felony, unlawful interference with a dead body, altering, and intent to destroy evidence.

Investigations led to the arrest of Chief Adedoyin and others who are staff members of the hotel.

They all pleaded not guilty to the charges when it was read to them in court.

YOU MAY ALSO LIKE:   Ogun Police Boss Pledges Support For Police Woman Delivered Of Triplets

The lead prosecution counsel, Mr M.O. Omosun, told the court that the defendants committed the offences sometimes between Nov. 5, 2021, and Nov. 7, 2021, within the Ile-Ife area in Osun.

Omosun said: ”They also altered and cancelled the receipt number 931, which indicated the payment receipt made by Timothy Adegoke to Hilton Hotels in Ile Ife.

” The body of the deceased, his laptop, phones and his other belongings were dumped at an undisclosed place by the defendants to cover up their activities after he was allegedly murdered.”

YOU MAY ALSO LIKE:   Nollywood Actor, Damola Olatunji Detained For Confronting Police Officers

The counsel for Adedoyin, Mr K.K. Eleja, however, approached the court on behalf of his client to grant him bail in the most liberal terms.

The counsel for the six other defendants also aligned themselves with the application for bail.

However, the presiding judge, Justice Adepele Ojo, overruled the bail application by the defence counsel and ordered that the defendants be remanded at the Ilesa Correctional Centre.

She thereafter adjourned the case till March 4.

Tags Adegoke Murder: Court Orders Adedoyin Six Others To Be Remanded In Prison