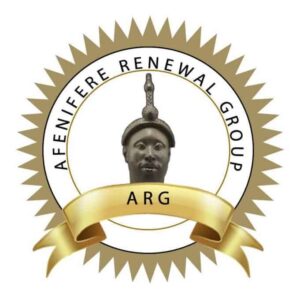 Yoruba socio-political organization, Afenifere has rejected the Indigenous People of Biafra, IPOB’s call to jointly shut down Nigeria for one month.

IPOB is reported to have threatened to direct Igbo people living in different parts of Nigeria to observe a one-month sit-at-home order if the Nigerian government failed to produce its leader, Nnamdi Kanu, in court for trial on October 21st.

The Igbo group had also urged the Middle Belt and Oduduwa Nation agitators to join its members in the demonstration.

Afenifere has, however, said it would not take part in the sit-at-home exercise as agitated by the Biafrans.

A highly placed Afenifere chieftain who reportedly spoke exclusively with DAILY POST said shutting down Nigeria is not part of its agenda. The South-Western indigene who pleaded not to be mentioned said Afeniefere should not be dragged into such a move to shut down Nigeria.

“I always show solidarity but we will never be part of shutting down Nigeria for one month.

“That is not part of our agenda; If it’s worthy for them, they can shut down the country, but they should not mention us in that kind of thing.

YOU MAY ALSO LIKE:   Real Reason Why Bola Tinubu Was Absent During Buhari's Visit To Lagos Emerges

“We don’t want to be part of it because it is certainly not our agenda. We are not in the business of shutting down the country,” Daily Post quoted the Afenifere chieftain as saying.

Meanwhile, the proscribed Indigenous People of Biafra, IPOB, has been issued a stern warning against spreading its wings to the Northern part of the country.

Naija News reports that the Arewa Youth Consultative Forum, AYCF, issued the warning to counter the Biafra agitators’ call that the Middle Belt should join in shutting down Nigeria.