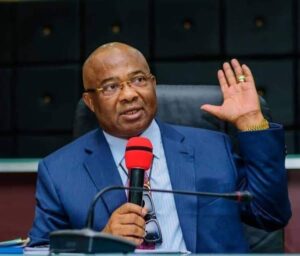 Senator Uzodinma stated this during the inauguration of the advisory council on road safety in Owerri.

According to him, the aim is to reduce the number of road crashes by fifty percent by twenty-thirty which Will also meet the global best practices.

He explained that the state has been aligning itself with the global best practices in the management and prevention of road crashes.

He said the State government has done a lot to ensure that the roads in the state are relatively in good shape and hitch-free driving for motorists.

The state Governor said the resolve to curb the frequent accidents on the major highways led to the engagement of world-class contractors to dualize Owerri- Orlu road and Owerri-Okigwe road to boost the economy of the state.