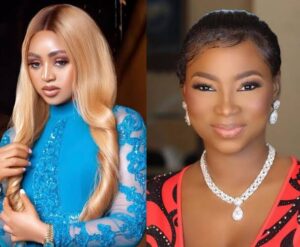 Aphrodisiac seller Hauwa Saidu popularly known as Jaruma has once again challenged Regina Daniels after she was remanded in prison for some days.
Recall that Naija News earlier reported that Regina’s billionaire husband Ned Nwoko had filed a petition against Jaruma, accusing her of peddling fake news against him and his wife on her Instagram page.

The s3x therapist was arraigned before an Abuja high court on charges bordering on defamation of character, false news publication and intimidation.

YOU MAY ALSO LIKE:   Buhari Govt Will Curb Insecurity With Use Of Drones, Others – Garba Shehu

Police Prosecutor, E. A Inegbenoise, informed the court that Nwoko had written a petition through his lawyer to the FCT command for proper investigation into the matter.

The judge, Justice Ismailia Abdullahi ordered that the defendant be remanded in Suleja Correctional Centre pending the bail hearing on Friday January 28. He then proceeded to adjourn the case to February 23, 2021 for trial. She was later granted bail and released.

However, it does not seem that Jaruma was intimidated by Nwoko’s law suit and has once again called out Regina Daniels on Instagram for not honoring their N10m contract.