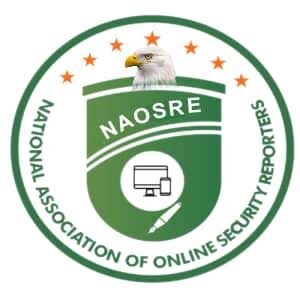 The Assistant Inspector General of Police in charge of Zone 2, comprising Lagos and Ogun States, AIG Adeleke Adeyinka Bode, has charged Commissioners of Police in-charge of the two States to be proactive in the discharge of their duties in the protection of life and property during and after the 2022  Eid-el- Kabir celebrations

The instruction is contained in a statement signed by SP Hauwa Idris-Adamu, Zone 2 Police Public Relations Officer which was  made available to the National Association of Online Security Reporters, NAOSRE.

In his goodwill message, the president, National Association of Online Security Reporters, NAOSRE, Comrade Femi Oyewale rejoiced with Muslims on the occasion of the Eid-al-Adha celebrations, urging Nigerians to continue on the path of spirituality and peaceful co-existence.

He explained that the commitment of NAOSRE members at ensuring cordiality between security agencies and citizens, using their various blogs to publicize the activities of security operatives has be encouraging.

He therefore urged excos and members of the frontline security media association to imbibe the lessons of the sacrifice made by Prophet Ibrahim and work for the unity, peace and security of Nigeria.

“This Islamic festival is a symbolic reminder to us that there will always be great rewards when we have abiding faith and patience in our beloved country Nigeria.

“Therefore, we must always strive to imbibe the patience and perseverance of Prophet Ibrahim, who held on tenaciously to his faith in Allah despite difficulties,” the NAOSRE President advised.

YOU MAY ALSO LIKE:   Lateef Jakande: NAOSRE Condoles With Sanwo-Olu, Media Industry

Oyewale however, frowns at the recurring phenomenon of insecurity that threatens and undeservingly plagues Nigeria into disquiet.

He noted that the issue of insecurity in Nigeria has become something of grave concern to all well-meaning citizens most of who continue to wonder how the country arrived at such a dastardly situation where no one is safe.

YOU MAY ALSO LIKE:   HAPAwards 2021: Organizers Honor Princess Toyin Kolade

He expressed concerns that rather than abate, the problem is escalating and now totally out of control despite NAOSRE’s patriotic efforts at shoring citizens’ confidence in security operatives.

Oyewale wondered about the continued loss of  confidence in Nigeria by investors who are denied  exercising the  constitutional privileges of going about their lawful business pursuits on daily basis.

“Across the 36 States in Nigeria, armed robbery, kidnapping, domestic crime, extrajudicial killings, herder-farmer conflicts, ritual killings and banditry have supported the growing level of insecurity and consequently retarded the country’s economic growth in the long and short terms overview.

“For the avoidance of doubt, about 1,743 Nigerians have been killed in Q1 of 2022 with  Niger and  Zamfara States topping the  list of victims.

“Besides, as of June 1,  2022, the records of NAOSRE’s Intelligent and Research Unit, IRU,  indicate that more than 35,000 human beings, residing in Nigeria  have been killed since 2009 when Boko Haram launched its insurgency aimed at overthrowing Nigeria’s secular government and establishing an Islamic state.

“Yet, here is a country with about 223,000 active personnel in its  Armed Forces. In addition to this statistics is  the annual Global Firepower, GFP 2022   reports which ranks Nigeria, in its Power Index {PwrIndx} as 35 out of the 142 countries. The reports rated Nigeria on its 0.5745 scores which is considered good,” Oyewale stated.

But the NAOSRE President noted that in the face of all this, the country is structurally enmeshed in both vertical and horizontal crises of insecurity saying that the sheer audacity of untrained bandits to always overrun trained military personnel is worrisome.

Specifically, Oyewale emphasized that the unchallenged attack on the Kuje Correctional Centre in Abuja, the capital of Nigeria on July 5, in which about 879 inmates reportedly escaped is the final statement that military operatives’ intervention and rescue duties have  nosedived  and Nigeria’s security system is all-time low.

“It makes mockery of military operatives’ celebrated gallantry at combating insurgency. This development has jeopardized the country’s economy even with approved 2022 budgetary spending of a whopping N1.52 billion on security operations,” Oyewale lamented.