Home / cover / Amotekun Warned: Foreign Herdsmen Are In Our Forests

Amotekun Warned: Foreign Herdsmen Are In Our Forests

The Chairman of the Oyo State of South-West Security Network, aka Amotekun, Gen. Kunle Togun (retd), on Wednesday advised residents of South-West states to be vigilant because of the presence of foreign Fulani herdsmen in forests in the region. 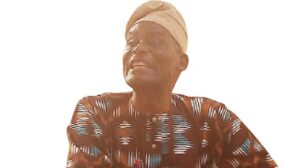 The Amotekun Commandant, who was a director at the Directorate of Military Intelligence, said the foreigners might unleash terror on the region.

He noted that the Fulani, who were mainly from Mali, Niger Republic, Chad and Burkina Faso, had been residing in the forests for some years.

The Amotekun boss said this on Wednesday while speaking at an annual lecture organised by the students of the Institute of Peace and Strategic Studies, University of Ibadan.

He spoke on the theme, “Security challenge: Holistic approach and the significance of regional security dimensions.”

Togun said, “The people who are supposed to administer Nigeria to move forward are biased in the aspect of religion. The Fulani that I grew up to know were the native Fulani.

“But these ones causing problems are non-Nigerians. They are from Futa Jallon, Mali, Bourkina Faso, Chad, Niger Republic. Some of these people were Tuaregs, who used to ambush traders in the olden days and robbed them of their money and property.

The Amotekun boss advised people in the six states of Lagos, Ogun, Oyo, Osun, Ekiti and Ondo States to be security conscious.

YOU MAY ALSO LIKE:   ZENITH BANK IGNITES LAGOS WITH “STYLE BY ZENITH 2.0”

Toogun said the commercial motorcyclists, who had infiltrated the region, were foot soldiers sent to study the topography of the region.