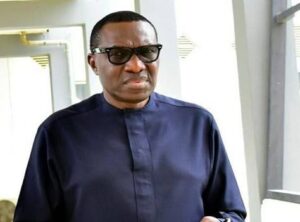 The Federal High Court sitting in Abuja on Thursday , fixed December 10, 2021 to pass judgment on a political matter instituted by the Social Democratic Party (SDP) against the All Progressives Congress(APC) candidate in the recently concluded Anambra State governorship election, Senator Emmanuel Andy Ubah.

Other respondents in the suit are the APC, Independent National Electoral Commission (INEC) and the West Africa Examination Council (WAEC).

In the suit filed by SDP’s counsel, Chief James Onoja SAN, he urged the court to declare “that the Senior School Certificate Examination May/June 1974 Statement of Result purportedly issued by the 4th Respondent through Union Secondary School, Awkunanaw, Enugu, Enugu State to Uba Emmanuel Nnamdi with candidate number 05465/08 submitted by the 1st and 2nd Respondents to the 3rd Respondent for the 2021 Anambra State gubernatorial election is false.”

He insisted that the examination council only started issuing SSCE in 1988.

He also alleged that Ubah had several names on various certificates he tendered to the APC and INEC, including that of WAEC.

He said it was a contravention of the electoral act, adding that “This court has the authority of preventing such people from accessing public office.”

In his objection, APC’s lawyer, Vincent Otaokpupu, urged the judge to dismiss the submissions of the plaintiff for being statute barred (out of time).

He also argued that Onoja abandoned his false information allegation and was busy “changing the goal post” by attacking the placements of Andy Ubah’s name.

“So their argument is statute barred, and we invite the court to decline jurisdiction. I implore the court to discountenance their submissions and strike out this suit with impunitive cost of 100 million naira,” he added.

On his part, Ubah’s lawyer, Chris Kelechi Ubeoyibo Esq, said that any controversy regarding the name of his client in the result in question was resolved when he swore to affidavit to capture the changes.

“My Lord, the adoption of the name Andy; there is an affidavit of fact sworn before a notary public,” he added.

INEC was not represented in court.

“Judgement is adjourned, all things being equal, for 10 December , 2021,” presiding judge, Taiwo ruled.

WAEC’s counsel, Rita K. Awuru, later told our correspondent that she tendered evidence before the court showing “We conducted SSCE and GCE in 1974 up till 1988.”