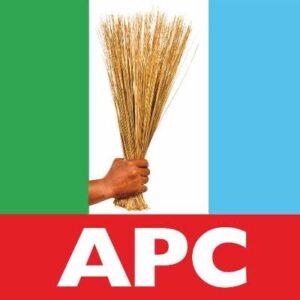 As uncertainty continues over the National Convention of the ruling All Progressives Congress, a group within the party has called on the party’s Caretaker/Extraordinary Convention Planning Committee under the leadership of Yobe State governor, Mai Mala Buni, not to exceed the next February date fixed for the election.

The national convention was fixed to enable members elect its national officers after more than one year of being run under the caretaker Committee.

The Committee was created after the exit of Mr Adams Oshiomhole, after a protracted struggle for control of the party.

There’s also been confusion over the zoning arrangement in the party even as more than a dozen aspirants are queuing to contest for the position of the national chairman.

Insinuation has been rife that it has been zoned to the north central to counter the opposition People’s Democratic Party, PDP, but the party has not come out to categorically say which way.

This, plus what’s now been called a slip off from Kebbi State governor, Mr Abubakar Atiku Bagudu, who also doubles as Chairman of Progressives Governors Forum of the APC, when he said last November that the national convention would hold next February.

The Governor revealed February as the date after a meeting with President Muhammadu Buhari at the Presidential Villa in Abuja, without sounding specific.

While there have been calls for actual date to be fixed, the committee has not done that.

Few days ago, after a meeting of the APC CECPC, its National Secretary, Mr John James Akpanudoedehe informed journalists that that the interim leadership would “soon unveil subcommittees ahead of the next February Convention,” without mentioning actual date.

With February less than two months away and with primary elections less than 10 months away, fresh anxiety has risen that the ruling party has failed to nail its preparation for the election starting from having a legally constituted National Working Committee, NWC.

Reacting to this development over the weekend, the Progressive Mandate Movement, PMM, in statement issued by Mr Abdullahi Mohammed and Comrade Adekunle Fijabi, the National Coordinator and Secretary of the PMM, respectively, demanded immediate release of dates and other processes leading to the national convention.

The group warned that it was ready to launch the #OccupyAPCNationalSecretariat, if the convention to elect a new set of national officers was not convened by February 5, 2022.

“For some of our current leaders who were there during the merger process that led to the formation of APC, this organisation has always been in the forefront of upholding the progressive ideology of our party and we will not stop at this critical period,” they said in the statement.

According to them, “The delay in conducting the overdue APC national convention is already giving the opposition Peoples Democratic Party some advantages, making it look like nobody is in charge of the governing party.

YOU MAY ALSO LIKE:   TONY ELUMELU FOUNDATION TRAINS OVER 200,000 AFRICAN ENTREPRENEURS ACROSS 54 AFRICAN COUNTRIES

“We, therefore, call on Governor Mai Mala Buni-led National Caretaker Committee not to go beyond February 5 to hold our party’s National Convention.

“This group is in possession of the instructions given to the Caretaker Committee by the Presidency and we appeal to the CECPC to respect our leader and President Muhammadu Buhari by releasing to the public all the necessary information concerning the forthcoming National Convention.

“We also warn that if nothing is made public before January 5, 2022, we shall launch an aggressive operation #OCCUPYAPCNATIONALSECRETARIAT to force our leaders to do the right thing.

“We make bold to say that we do not have another party and we will not allow our leaders to make mistakes that will eventually cause us to lose elections in 2023.”