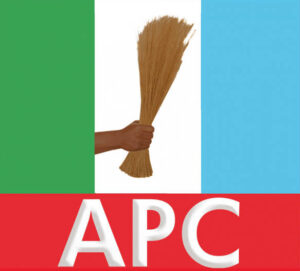 Ahead of its National Convention slated for March 26, the ruling All Progressives Congress (APC) has named members of the committees that will conduct its zonal congresses.
The ruling APC had on Tuesday said that the zonal congress had been scheduled for March 12 while the much-anticipated convention will take place two weeks later.

In a statement on Thursday by the National Secretary of the Caretaker Committee, John Akpanudoedehe, the party said the chairmen of the committees are all members of the Mai Mala Buni-led committee.

YOU MAY ALSO LIKE:   ‘Violence Is Poisonous’ — Will Smith Pens Apology After Slapping Chris Rock At Oscar 2022

Akpanudoedehe added that the secretaries of the committees are selected from amongst the deputy governors from their respective geopolitical zones.

Below are the chairpersons and members of the zonal committees in the geo-political zones:

YOU MAY ALSO LIKE:   Governor Elect of Bayelsa, David Lyon Visits T.B. Joshua

YOU MAY ALSO LIKE:   Strike: FG, Doctors’ Negotiation Ends In Deadlock