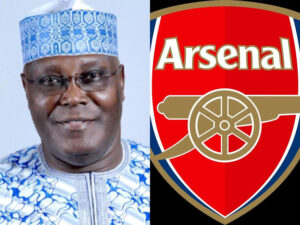 Arsenal currently sits top of the English Premier League table for the 2022/23 season after recording a 3-0 victory over Bournemouth in the clash between both teams on Saturday.
The win maintains Arsenal’s perfect start to the season as the Gunners have now made it three wins out of three games so far played this season.

Naija News reports before the win against Bournemouth on Saturday, Arsenal had previously recorded victories against Crystal Palace and Leicester City respectively.

On Saturday, the North London team continued their fine start to the season with two goals from captain Martin Odegaard, and the third from William Saliba.

YOU MAY ALSO LIKE:   Elon Musk's SPACE X and Jeff Bezos' Blue Origin Battles for Supremacy

Up next for Arsenal is a home game against Fulham on the 27th of August.