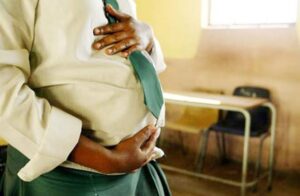 A man, Stanley Ejekwu has accused his daughter’s teacher of impregnating and eloping with her.

Ejekwu told The PUNCH that his daughter who is an SS3 student in Life Abundant Primary/Secondary, Diobu in Port Harcourt, Rivers State, ran away with her teacher because of the pregnancy.

He alleged that he saw a WhatsApp message from a man on his daughters phone asking when they would have s3x. He called the number and asked him to stay away from his daughter.

The father went on to state that his daughter left home on December 2021 because she was pregnant.

“The other pupils in the school told me that the food my daughter took to school, that she and this teacher ate them together every day in school

“So, I went to the Mile 3 Police Station because I discovered that my daughter was pregnant and she ran away from the house. I saw a love message this man sent her and I called to warn him against what he was doing.”

The teacher in question has however denied the allegations brought against him.